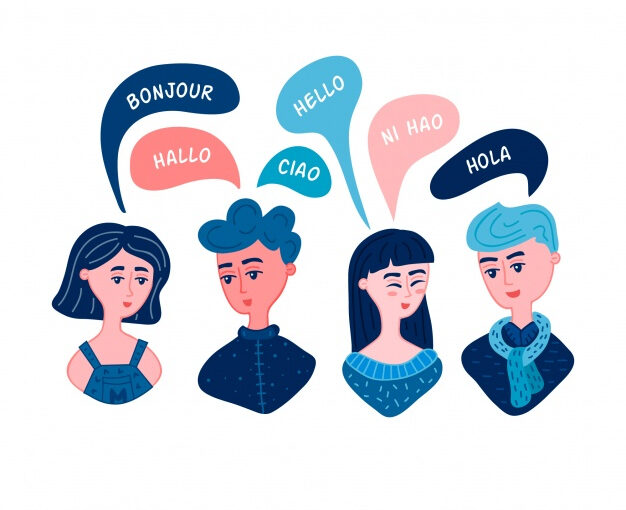 Imagine you’re one of the few lucky founders who brought on a stellar team to execute a pretty viable business idea.

Everyone can feel you’re onto something, just a few more iterations and you’ll nail it. You’ll have Product-Market-Fit!

I first heard of Market Language Fit from James Currier at the 2016 Weapons of Mass Distribution in SF. It’s a simple, but powerful concept, which most founders tend to overlook. And that’s hardly a surprise.

As founders, you’re by nature makers: pushing your barely functioning, embarrassing prototype out there so you can frustrate the fools that bought into your overpromising headline (if you’re not doing that, you know what Reid Hoffman said – you’re shipping too late!).

And we all know the drill: build a prototype, get it out there as early as possible, gather some feedback and start iterating until you get to PMF. But how many of us have ever thought about the role of language in this journey? Most of the time it’s all about the product and what it does: the features, the onboarding experience, the UX, etc.

Yet language is the foundation of everything. Just think of the last time you searched for something and ended up visiting a number of websites only to abandon most of them because you either a) didn’t get what they were offering or b) you thought they weren’t offering what you needed. Well, chances are that more than one of these websites or products were probably a good fit to solve your problem. They just didn’t come accross as such.

If PMF is after building something that people want to use, then Language-Market-Fit is about communicating your product’s value the way the market wants it, not the product owner.

Imagine you’re running something like YouTube in its early days. You have an unlimited runway and a world-class engineering team. There’s nothing that could prevent you from building something that people want, right? Here’s the catch: you’ve built YouTube and it says “Upload your videos for free” and that’s the one thing you can’t change.

So you go out there and start testing different acquisition channels, spending crazy money to drive traffic, but somehow people don’t seem to use it as much as you’d expect them to. So you add amazing new features, effectively building the worlds fastest, smoothest video upload platform -and it’s totally free, too! Yet your growth and retention rates are still way off from where they ought to be.

But what if people don’t want to upload their pet videos online in the fastest and smoothest way ever known to humankind? What if all they want to do is simply express themselves? Or perhaps they want to watch other people doing it? (I mean, expressing themselves).

Yeah, you know where this is going – you make the move to YouTube: broadcast yourself.

What’s interesting here is that the product itself, its core functionality hasn’t changed the slightest bit. All you’ve changed is the way you’ve described it, and that makes all the difference in the world.

Changing the language changes everything: it changes the way people perceive your product, their behavior, and interactions. Consequently, it also changes the way you think of your product and the value it creates. Now wouldn’t that affect your product pipeline, your priorities, and even your entire company vision?

Hence, the value of the product isn’t found in what it does. It lies in how people perceive that value, all else is secondary.

In the words of Seth Godin, “we drink the [Coca Cola] can, not the beverage”.