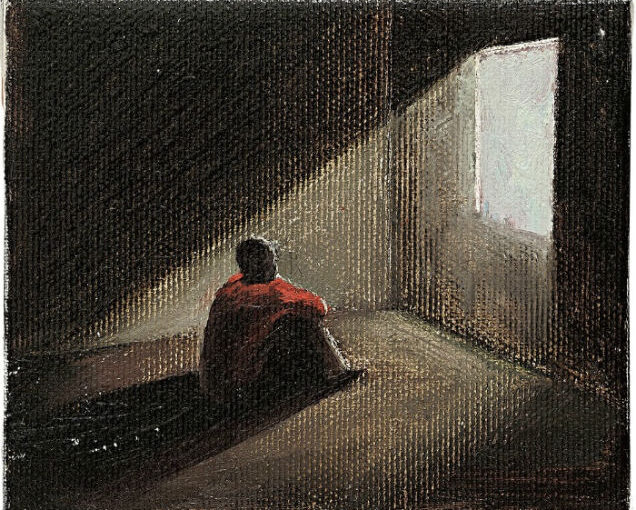 It would be easy to start this off by citing some silly empirical study which suggests that there’s been a rise in loneliness, put some numbers together, identify some very superficial correlations and back everything with one or two authoritative sources, to make my claims more convincing and call it a day. But my point isn’t to convince anyone of anything – this is just a couple of paragraphs of nothing more than a few thoughts jotted down on a lonely Sunday afternoon.

The idea that human beings are self-sufficient isn’t new. JS Mill’s homo economicus portrayed us as rational beings driven by nothing more than self-interest and our desire to maximize pleasure and minimize pain. And if you abide by the anglo-saxon school of thought (as most people do for various reasons), you’ll agree that this drive has seemingly brought us such economic, social and technological conditions, which not only JS Mill would’ve regarded as completely utopian, but even our grandparents.

That comparison, however, is irrelevant as any which compares two historical periods. So consider your own life. Do you have more of the things you wanted a decade ago? Do you travel (or did you, until recently) more? Do you own or earn more? Have you accumulated more experiences, have you learned more? Are things generally more accessible to you than they were ten years ago? Do you now do things, which used to take a great amount of effort with great ease?

I won’t speculate if you feel happier and more fulfilled today than you did a decade ago.

It is true that many of the things we achieved are to a certain extent thanks to the rise and adoption of new technology. But I somehow feel that we’ve grossly exaggerated its impact on our overall well being and overextended the notion that as technology gets better, everything gets better. Tech is now the answer to everything or to be more precise – your phone answers virtually all of your needs. Want a romantic relationship – use Tinder. Have a mental health issue – use Calm. Want new shoes – order on Amazon. Hungry – get Uber Eats. Want to get in shape – download Strava. Is this convenient? Sure. But so is morphine when you’re in pain – it’s very convenient but the overall consensus is that it isn’t very good for you.

We have not only allowed, but happily welcomed these devices into our lives, penetrating virtually every aspect of it, digitalizing what is utterly undigitalizable and making us less and less human. Life’s most cherished experiences are now not complete unless they’ve been documented on camera, carefully curated and preserved – either for our own private consumption or to be “shared” with an extended network of mostly people that are not part of our lives or even complete strangers. Our needs to communicate and associate ourselves with other human beings has been devalued and brought down to endless meaningless interactions with constant texts, emojis and gifs.

It does not take a psychologist to understand that these endless micro-interactions across apps and platforms slowly but surely degrade our ability to focus and concentrate. We are losing our ability to think, to contemplate and reflect on the eternal questions of our existence – on true love, friendship, freedom, morality, ethics and what it means to be good, on aesthetics and what is truly beautiful. Instead, we’ve stripped these metaphysical notions of any transcendent meaning and materialized them into mere product metrics, which can now be optimized to serve one single purpose – more tech.

This dehumanizing tendency is slowly pushing us into a mass depression, leaving us feeling empty and lonely. How are we to form true relationships if we’re in pursuit of extreme digitally-enabled individualism, destroying the ability to relate in a truly organic way to other human beings? In real life you can’t fine-tune your emotions and expressions to project a certain image, you can’t place a filter or be alive in a constant state of glamour and excitement, you can’t take 10 minutes to formulate the best version of what you have to say. But you can on your phone. So that becomes your go-to place, that’s your safe haven and escape.

A good example is our naiveté that our lives and digital experiences are interchangeable, which is perhaps why we were so quick to attempt moving over the entire world to Zoom once Covid19 broke out. Let’s not forget that we’ve had other pandemics but never was the world so determined that it can continue to exist just fine in the virtual space. Whether or not this was the right decision is something that is yet to be seen.

It would be a gross exaggeration to place the blame on the dominant internet companies of the day. Actually, I would argue that this phenomenon is the output of a certain shift in human thought, which has been developing ever since Francis Bacon froze himself to death. The disappointment in the Church as a source of truth and the gradual decay of Christian ethics, which mostly culminated in the 20th century, only further propulsed the rise of empiricism as a universal ideology, which is inherently at odds with anything metaphysical for the sole reason that it cannot explain it via its own methods. Hence, it is for us to judge if this new hybrid of individualistic, hedonistic and utilitarian ideology will quench our thirst for true and meaningful existence.